The Scientific Committee is composed of leading clinicians and researchers from partner organisations. The Committee meets regularly with the Unexplained cardiac death project team to provide scientific and clinical oversight for the project.

The Scientific Committee is composed of leading clinicians and researchers from partner organisations. The Committee meets regularly with the Unexplained cardiac death project team to provide scientific and clinical oversight for the project. 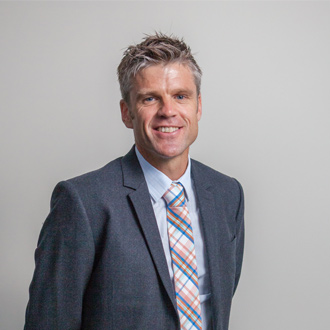 Associate Professor Andre La Gerche is a cardiologist specialising in cardiac imaging, a Future Leadership Fellow of the National Heart Foundation and a NHMRC Career Development Fellow. He completed a PhD at the University of Melbourne and 4 years of postdoctoral research studying the effect of endurance exercise on the heart at the University Hospital of Leuven, Belgium, where he is a Visiting Professor.

He works as a cardiologist at St Vincent’s Hospital, Melbourne, and provides cardiology services through the Baker Specialist Clinics. Andre is well known for his research within Australia’s elite sporting communities and he is regularly asked to provide expert comment or to present to health professionals, community, sporting groups and the media.

Andre is the Director of the recently formed National Centre for Sports Cardiology, a strategic partnership between clinical researchers who specialise in sports cardiology.

Associate Professor Dion Stub is a clinician scientist in Interventional Cardiology, specialising in coronary and structural heart intervention. Dion graduated from Monash University in 2003 and undertook cardiology training, at The Alfred Hospital whilst also completing a certificate in research methodology.

Dion has particular interest in treating the cardiac emergencies of myocardial infarction and cardiac arrest, and was awarded his PhD in 2013 developing Australia's first treatment pathway for patients with refractory cardiac arrest. Dion has published over 50 peer reviewed manuscripts and delivered multiple presentations in both cardiac emergencies and structural heart intervention, and has been internationally recognised for his research.

Dr Sarah Parsons is a Senior Forensic Pathologist at Victorian Institute Forensic Medicine and chairs the Royal College of Pathologists Forensic Advisory Committee. Sarah graduated from the University of Tasmania in 2000 and was admitted to the Royal Australasian College of Pathologists as a Fellow in 2007. She has completed further training with a Diploma in Forensic Pathology and Law and a Master in Cardiovascular Pathology via the University of Padua, Italy.

She hold a teaching appointment as Senior Lecturer in the Department of Forensic Medicine, Monash University.

Ms Natalie Morgan is a Registered Nurse with further qualifications including a Graduate Certificate in Critical Care Nursing and Graduate Diploma in Genetic Counselling. In her current role at Victorian Institute of Forensic Medicine, Natalie leads a team of patient liaison nursing staff and is involved in clinical and research activities within the Institute, and through established networks throughout Australia.

Associate Professor Dominica Zentner trained in cardiology at the Royal Melbourne Hospital. She subsequently completed a PhD at the University of Melbourne, titled Cardiac structure and function during human pregnancy.

Dominica has an appointment with the Therapeutic Goods Association as a member of the Advisory Committee on Medicines. She is a member of the Quality Standards subcommittee of the Cardiac Society of Australia and New Zealand and is the Secretary of their Victorian Division. She also has a number of ongoing clinical research projects and is involved in national and international research collaborations.

Ms Tina Thompson trained in cardiology for many years at the Alfred Hospital before working at the Victorian Institute of Forensic Medicine which involved both clinical and research work. Tina then moved into Genetics with a role at Peter MacCallum Cancer Centre in breast and ovarian cancer research.

For the past 12 years, Tina has coordinated the General and Cardiac Genetics Clinics at Royal Melbourne Hospital and has been involved in numerous research projects including Investigations of Sudden Cardiac Death in the Young, Next Generation Sequencing of Genetic Disorders, Melbourne Genomics Health Alliance DCM Flagship and the Australian Genomics Cardiovascular Flagship.

He is the principal investigator for a large-scale translational program (known as the ‘Variants in Practice (ViP)’ study) to investigate the familial component of breast and ovarian cancer in Victorian families and implement new models of genetic risk assessment.

Professor Karen Smith is the Director of Research and Evaluation at Ambulance Victoria. She is an epidemiologist with extensive experience in pre-hospital research and clinical trials. Karen completed a PhD in 2003 at the Department of Epidemiology and Preventive Medicine, Monash University. She was the recipient a NHMRC PhD scholarship and a NHMRC Postdoctoral Fellowship. Karen has retained an Honorary Senior Lecturer position at the Department of Epidemiology and Preventive Medicine. She is also an Adjunct Associate Professor — Emergency Medicine Discipline at the University of Western Australia. In addition, she is a member of the Falck Foundation MedicalAdvisory Committee, which supports and promotes pre-hospital research.

Karen co-founded and chairs the Victorian Cardiac Arrest Registry (VACAR) which contains information for all patients in Victoria, who suffer cardiac arrest and receive ambulance attendance. This registry is regarded internationally as a key OHCA quality assurance activity and fosters a large research program and international collaboration. Karen also co-founded the Victorian State Trauma Registry (VSTR) at Monash University and remains on the Steering Committee. In 2012 she won the Ambulance Victoria Inaugural CEO Award for Leadership Excellence.

Karen is a Chief Investigator on the NHMRC funded Australian Resuscitation Outcomes Consortium Centre for Research Excellence, established in 2012. She has also been a Chief Investigator on numerous NHMRC funded randomised controlled trials in OHCA, heart attack and trauma patients. She has a significant track record in attracting research funding and publishing research outcomes.

Associate Professor Andreas Pflaumer is a Consultant Paediatric Cardiologist with a sub-specialty interest in electrophysiology. He has an in-depth knowledge of invasive and non-invasive electrophysiology, 3D mapping systems and remote magnetic navigation. Andreas completed his sub-specialist training in electrophysiology at the German Heart Centre, Technical University, Munich, Germany in 2006 and spent a further three and a half years as a senior physician in paediatric cardiology and congenital heart disease.

In 2009, Andreas moved to Melbourne for a full-time appointment with The Royal Children's Hospital, Melbourne to build up invasive electrophysiology. He holds an honorary appointment with Murdoch Childrens Research Institute since August 2013.